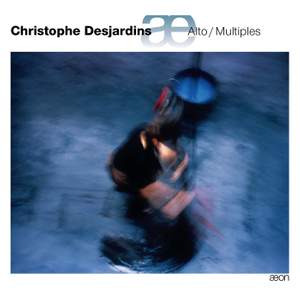 Zimmermann, B A: Sonate für Viola

Accustomed to singular journeys and daring propositions, Christophe Desjardins now offers us a veritable comprehensive survey devoted to his instrument. Viola/Multiples, a double-CD set, reflects a large portion of his activity as a performer: his fruitful collaboration with today’s leading composers and an ever-renewed desire to decompartmentalise genres and repertoires. The first disc, Solo, invites us to stroll through the 20th century, visiting masterpieces for solo viola, from Hindemith to Berio. The second disc, Multiples, uses contemporary works mixed with pieces of early music. Christophe Desjardins gives us a world première recording of Pierre Boulez’s Messagesquisse but also increasing his instrument in other ways, creating dialogues between Gilles Binchois and Jonathan Harvey, Carlo Gesualdo and Wolfgang Rihm.