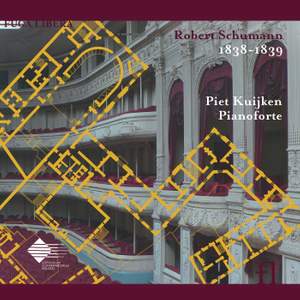 A disciple of Jan Vermeulen and André De Groote, Piet Kuijken completed his studies at the Indiana University with Menahem Pressler. His collaborations with his father Wieland, his uncle Barthold, artists and ensembles like Marcel Ponseele, Oxalys or the Ensemble Explorations, have drawn attention to his talent, already noticed and rewarded by several magazines in France. He enters the Fuga Libera catalogue with a journey through the years 1838-39, when Schumann, madly in love with Clara, expresses his feelings in many piano masterpieces, some more famous than, others. This journey is offered on an 1850 Johann Baptist Streicher fortepiano, an instrument much appreciated by Clara and Robert Schumann. For those who doubt the value of period instruments for the great Romantic generation, here is a playing that will hopefully modify that perception.