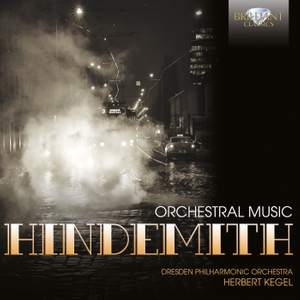 II. Geschwindmarsch by Beethoven: Rather fast

Here’s a collection unrivalled in its scope within the current catalogue, of orchestral works by one of the most prolific of 20th-century, Paul Hindemith, whose reputation as a purveyor of ‘useful’ music has perhaps overshadowed his colourful orchestrations and often powerfully dramatic transformations of a wide range of extra-musical inspirations. His masterpiece may be the opera he based on the life and work of the painter of the Isenheim alterpiece, Matthias Grünewald, but the Mathis der Maler symphony he derived from its music is hardly less emotive.

Nobilissima visione, originally a ballet on the life of St Francis, is as visionary as its title implies; and the Symphonia Serena is another under-estimated masterpiece of quiet grandeur. The final disc pays homage to Hindemith’s quest to involve the younger generations in music-making, including his ‘play for children’ Wir bauen eine Stadt, which was originally performed by school children in Berlin.

The performances here are all given by native and experienced Hindemith interpreters, in fine studio recordings from the 1970s.

Several of these works otherwise unavailable.