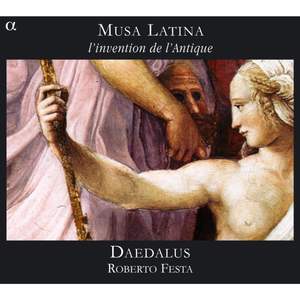 At the end of the 15th century, a young Roman shepherd discovered by accident the remains of the ancient palace built by Emperor Nero, the Domus Aurea or golden house.Thereafter, all the great artists of what history today calls the Renaissance launched a movement aspiring to a return to the times of Latin splendour.Amazingly vigorous, this erudite and exciting disc recorded by Roberto Festa's Daedalus ensemble leads us to rediscover the musical side of this school, of which Virgil was the model, and which would leave its mark on the whole of 16th century Europe. Daedalus includes such illustrious names as Pascal Bertin, Josep Benet and Josep Cabré.