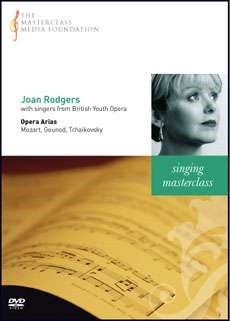 Joan Rodgers is one of the best loved British sopranos and is equally established in opera, in concert and as a recitalist . She has appeared in recital throughout Europe and the USA including London, Paris, Vienna, Amsterdam, Moscow and New York, and in concert with conductors including Solti, Barenboim, Mehta, Harnoncourt, Mackerras, Ashkenazy, Salonen and Rattle. She is a regular guest at the BBC Proms. Operatic engagements have included the Royal Opera House, English National Opera, and Glyndebourne in Britain, Paris, Munich, Brussels, Amsterdam and Vienna in Europe, and the Metropolitan Opera, New York.