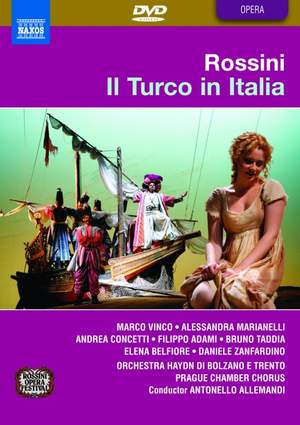 Premièred at La Scala, Milan, in 1814, Il turco in Italia is a madcap ensemble opera with an inspired score that boasts music of both comic genius and extraordinary beauty, inspired perhaps by Mozart’s Così fan tutte, which was produced there immediately before Rossini’s drama buffo.

Set in Naples, it spins a crazy tale around a poet who uses the romantic entanglements of the inhabitants with a Turkish prince as inspiration for the plot of his next play. Ultimately, life imitates art as all ends happily, but not before a planned abduction leads to a chaotic situation of mistaken identity …