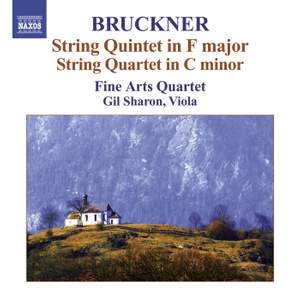 Anton Bruckner’s String Quintet in F major was composed at the suggestion of the famous Viennese violinist Joseph Hellmesberger.

Contemporaneous with his Fifth and Sixth Symphonies, it is a deftly written Romantic work, symphonic in scale but intimate in character, whose Adagio expresses an almost unbearable bliss.

Composed in 1862, though rediscovered only decades after his death, the String Quartet in C minor brings into play Bruckner’s love of Bach and admiration for Schubert while pointing towards his own later symphonic style.