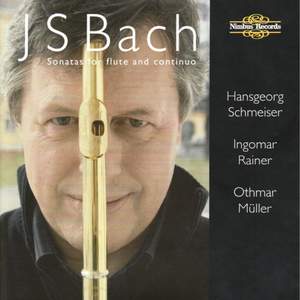 Hansgeorg Schmeiser is a Professor at the University of Music and Performing Arts in Vienna. He makes regular guest appearances with the Vienna Philharmonic and for many years has also been a member of the Vienna Chamber Orchestra as well giving masterclasses throughout the world.

Ingomar Rainer is a harpsichordist, organist, ensemble leader and conductor. He is Professor of Historical Performance Practice at the University of Music in Vienna. His lectures, guest courses and workshops have taken him to places such as Italy and Japan. As a soloist, chamber musician, ensemble leader and accompanist to singers he has given concerts worldwide.

Othmar Müller was born in 1963 in Vienna and studied in Vienna and the USA. As cellist with the Artis Quartet, which he co-founded in 1980, he has performed worldwide in the largest music venues and in the most prominent music festivals. Othmar Müller is Visiting Professor for Chamber Music at the Graz Conservatoire.