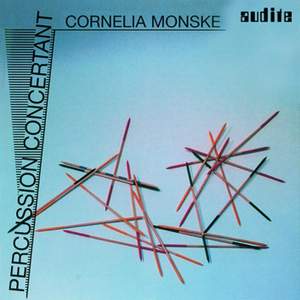 Abe, Keiko: Dream of the Cherry Blossoms for marimba

Zivkovic, N J: Generally spoken, it's nothing but rhythm

This audite recording pits percussion sounds from Europe and the Far East against each other, creating exciting contrasts. Significant twentieth-century Japanese composers place the marimba at the central point of their compositions and incorporate strongly extra-musical impressions in them. In Dream of the Cherry Blossoms, Keiko Abe was inspired by the blossoming of cherry trees celebrated annually in Japan; the work borrows elements from a traditional folksong. Akira Miyoshi's Conversation creates the atmosphere of a personal conversation, whereas his Torse III probes into the possibilities of this solo instrument in an abstract way as well. Yasuo Sueyoshi refers to traditional Japanese theatrical art in Mirage pour Marimba; this becomes plastically graspable in the sections Song, Movement and Exit.

The statements of their European contemporaries are no less multifarious. In Generally Spoken, Nebojsa Jovan Zivkovic inquires into a general feeling in life that repeatedly turns up in daily situations time and again. Different groups of percussion instruments come into play in Klaus Hashagen's Meditation. Finally, in Helmut Lachenmann's Interieur I, the varied sound characters and their ever new references to each other are themselves the means of the compositional process.