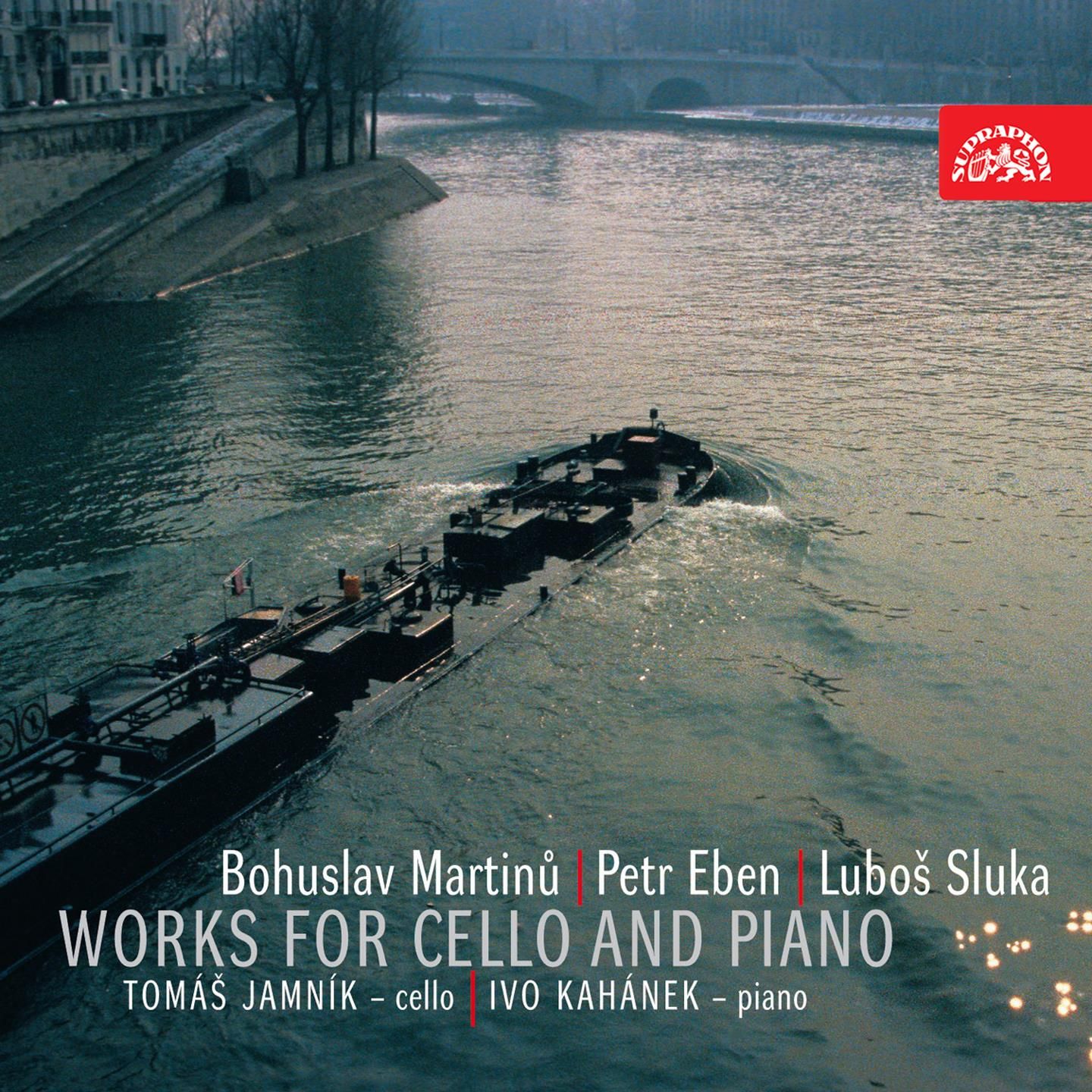 Sluka: Sonata for Cello and Piano

Tomáš Jamník and Ivo Kahánek’s first album (Martinu – Janácek – Kabelác) was hailed by Harmonie magazine as the debut of the decade, while Classics Today gave it a rating of 10/10 and designated it as one of the best cello recitals of recent years.

For their second album, the young artists have chosen compositions that originated within a short period of time, between 1952 and 1959. Martinu’s Sonata and Variations resound with yearning for the homeland he is never to return to, the composer employing a simple and cordial language. Suita balladica by the twenty-six-year-old Petr Eben is characterised by a similar inosculation of joyful, dance music with an almost ghostlike grief connected with the author’s personal wartime experiences. Sluka’s most frequently performed piece, the musically simple and lucid Sonata for violoncello and piano, serves to soothe the heightened emotions evoked by the previous compositions and ends the CD on a note of reconciliation.

The two musicians play with an ebullience and engagement commensurate to their tender years, yet at the same time manifest a remarkable maturity and understanding of the weighty themes of the compositions. An intimate, communicative album.

Martinu, Eben, Sluka for cello and piano – pain and joy in music.