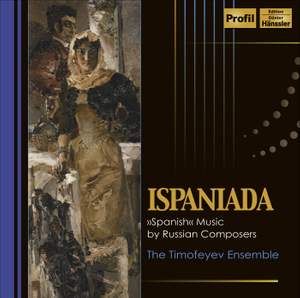 Shchedrin: A la Albeniz (In imitation of Albeniz) (arr. for cello and 7-string guitar)

There is a certain mystery in the obsession that Russian composers have had with Spanish music. One can argue it is down to works such as Glinka’s Jota Aragonesa or Rimsky-Korsakov’s Capriccio Espagnol which were essential steps for the composers and their listeners to imagine Russia’s own path to a national means of musical expression.

The works are performed by the The Timofeyev Ensemble, a Russian duo that always involve mother and son, Natalia Timofeyeva (cello) and Oleg Timofeyev (Russian seven-string guitar), and any number of guest artists.