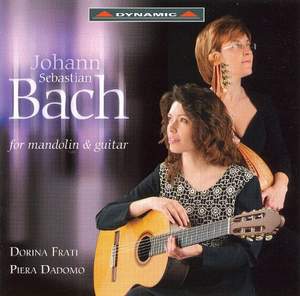 Prelude in C minor, BWV 934 (arr. for mandolin and guitar)

Prelude in D minor, BWV 935 (arr. for mandolin and guitar)

Prelude in E minor, BWV 938 (arr. for mandolin and guitar)

The transcription technique was undoubtedly of great importance in the development of instrumental music prior to Bach, between the 1400s and the 1600s: contaminations between the vocal and instrumental, sacred and secular repertoires were a way to secure reciprocal enrichment between the different genres. There are, in fact, abundant examples of parodies, adaptations and transcriptions made by Bach within his own output. One of the most obvious examples are his 21 transcriptions of string concertos, mostly by Italian authors (Antonio Vivaldi in primis but also Alessandro Marcello and Georg Philipp Telemann), made for harpsichord and organ when he was at the Weimar court. Having Bach’s illustrious examples of flexibility in adapting pieces to different instruments, here are some unusual readings of some of his works transcribed for mandolin and guitar. While keeping as faithful as possible to the original texts, Dorina Frati and Piera Dadomo delightfully abandon themselves to the complex and irresistible game of transcription.