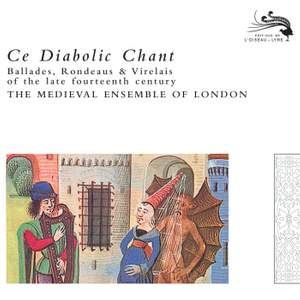 ‘Ce diabolic chant’ is a description of the extravagant and complex polyphonic French songs written by composers of the late fourteenth-century.

These late-14th century courtly avant-garde songs are superbly performed in minimalist groupings by the ensemble which inspired Gothic Voices. Long overdue on CD.

So why hail this reissue… as a real event? Simply because it contains all the surviving music of Jacob de Senleches, one of the 14th century's greatest composers.