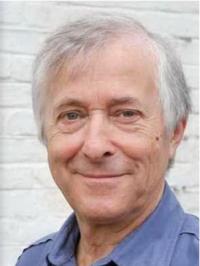 Rogers Covey-Crump is a British tenor noted for his performances in early music. His vocal range lies higher than normal for a tenor.

Covey-Crump was born in 1944. A former chorister in the Choir of New College, Oxford, he became a lay clerk in St Albans Cathedral Choir. He is perhaps best known as a member of vocal ensembles such as Gothic Voices and the Hilliard Ensemble (with which he had a long association although he was not a founder member).