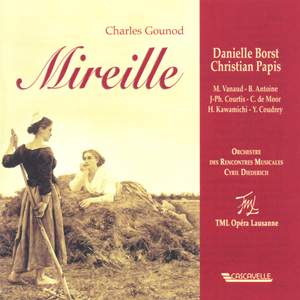 On the 19th March 1864, the posters of the Lyric Theatre in Paris announced the premiere of Mireille, a new opera by Charles-François Gounod. The work received a lukewarm reception from the Parisian audiences but in spite of this, was revived many times with the original version being restored and has become a popular French favourite.