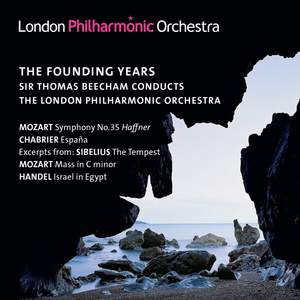 I. The Oak Tree

Handel: Israel in Egypt, HWV 54, Part I: Chorus "But as for his people"

The Leeds Festival performance of Sibelius's Tempest music - its 1934 UK premiere - is a real find, never previously issued. The later studio performances of Mozart's Haffner Symphony and Chabrier's España are better from the sonic point of view. Beecham at his dazzling best.

…the discs highlight - which makes it quite indispensable - is España, a wonderful performance and a superb recording that might have been made yesterday. The infectiously happy ebullience of the playing, lit up with the glitter of castanets, bowls one over...