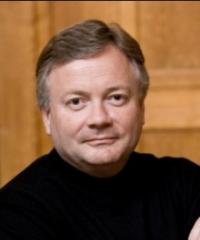 David Hill, is a choral conductor and organist. Beginning July 2013, he holds an appointment to the Yale Institute of Sacred Music. His highest-profile roles are as Chief Conductor of the BBC Singers from September 2007 until 2017, and Musical Director of The Bach Choir since April 1998.

Recording of the Week,  Howells from David Hill and the Bach Choir