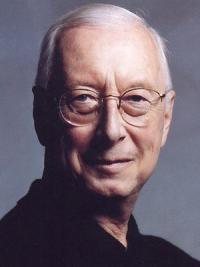 Born in Buffalo in 1944, the conductor and harpsichordist William Christie is widely regarded as one of the finest interpreters of French baroque music of his generation; he was educated at Harvard and Yale (where he studied with the harpsichordist Ralph Kirkpatrick), before settling in France in 1970 due to his opposition to the Vietnam War. He founded the early music ensemble Les Arts Florissants in 1979, and his extensive discography with the group includes award-winning recordings of Handel, Purcell, Monteverdi, Mozart, and particularly Rameau and Lully, whose operas he has championed throughout his career. In 2002 he founded Le Jardin de Voix, a biennial training programme for young baroque singers; alumni include the sopranos Sonya Yoncheva, Judith van Wanroij, Katherine Watson countertenors Christophe Dumaux and Xavier Sabata, tenors Juan Sancho and Zachary Wilder, and baritone Marc Mauillon.

Christie became a French citizen in 1995, and received the Légion d’honneur’s Grand Croix in 2014.

Find out more at https://en.wikipedia.org/wiki/William_Christie_(musician)