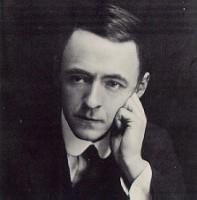 Sir Arnold Edward Trevor Bax, KCVO was an English composer, poet, and author. His prolific output includes songs, choral music, chamber pieces, and solo piano works, but he is best known for his orchestral music. In addition to a series of symphonic poems he wrote seven symphonies and was for a time widely regarded as the leading British symphonist.

Bax was born in the London suburb of Streatham to a prosperous family. He was encouraged by his parents to pursue a career in music, and his private income enabled him to follow his own path as a composer without regard for fashion or orthodoxy.

The British pianist talks to David about his new album of works by Arnold Bax & Harriet Cohen.

James listens to the culmination of Chandos's Bax project, including the first ever recording of his Four Orchestral Pieces, conducted by Andrew Davis.