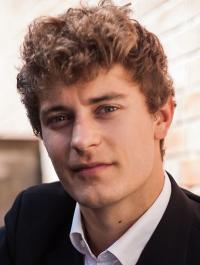 Polish countertenor Jakub Józef Orliński was born in Warsaw in 1990 and studied at the Fryderyk Chopin University of Music and the Juilliard School, where his teachers included soprano Edith Wiens. Competition successes included first prizes at the International Early Music Vocal Competition in Poland, the 2016 Lyndon Woodside Oratorio-Solo Competition in New York, and the Grand Finals of the Metropolitan Opera National Council Auditions in the same year. Early career successes included Messiah at Carnegie Hall, Orimeno in Cavalli’s Erismena/i] at Aix-en-Provence, and Eustazio in Rinaldo at the Barbican with Harry Bicket and the English Concert.

In the summer of 2019, Orliński attracted widespread media attention when he stepped into the title-role of Robert Carsen’s production of Rinaldo (in which he had originally been scheduled to sing Eustazio) at Glyndebourne’ The Times praised his ‘clean, plangent timbre’ and ‘jaw-dropping bravura’, whilst a Guardian review of a concert-performance at the Proms ‘valued his conviction, control and lack of showiness’.

Orliński signed with Warner Classics in 2018; his first album, Anima Sacra, was released in October of that year and won the Solo Vocal Category at the 2019 Opus Klassik Awards. He is a highly skilled breakdancer and has also worked as a fashion model for brands including MAC Cosmetics, Nike and Levi. His discography also includes an album of Handel duets, Enemies in Love, on Evoe Music, and Unulfo in Rodelinda with Le Concert d'Astrée.

Find out more at https://en.wikipedia.org/wiki/Jakub_Józef_Orliński