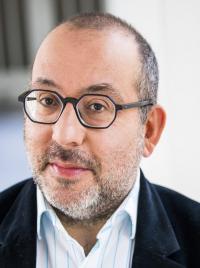 Barrie Kosky was born in Melbourne in 1967, where his early credits included the Australian premiere of Tippett’s The Knot-Garden. Throughout the 1990s he worked primarily in Australia (where credits included Wozzeck at the Sydney Opera House, Der fliegende Hollander for Opera Australia, and stagings of King Lear, Tartuffe and Mourning Becomes Electra). From around 2000 Kosky has been based in Europe, where he has held positions at the Komische Oper Berlin and the Schauspielhaus Wien as well as guesting regularly throughout Germany and further afield.

Kosky’s productions often combine extravagant theatricality with penetrating psychological and historical insights, as in his remarkable staging of Handel’s Saul at Glyndebourne in 2015, which was described by The Guardian as ‘one of Glyndebourne’s finest shows of recent years’ and ‘a knockout that brings the work blazingly alive’ by The Telegraph.

In 2017 Kosky made his debut at the Bayreuth Festival, where his production of Die Meistersinger placed Wagner and his family at the centre of the action, emphasising the parallels between the composer and both Hans Sachs and Walther, and setting the final act in the Nuremberg courtroom of 1945; the production was the Festival’s first by a Jewish director, and the first staging of that particular opera by anyone outside the Wagner family. The production was released on DVD and Blu-ray by Deutsche Grammophon, and his Glyndebourne Saul is also available in both formats, as is his trilogy of Monteverdi operas from the Komische Oper Berlin.