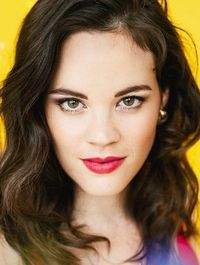 Regula Mühlemann was born in Switzerland in 1986 and trained at Lucerne’s Academy of Music, making her professional opera debut as young Papagena in Peter von Winter’s Das Labyrinth at the Salzburg Festival; in 2015 she represented Switzerland in Cardiff Singer of the World, singing arias from Die Fledermaus and Don Pasquale, and songs by Mendelssohn, Schumann, Brahms, Strauss, Rachmaninov and Debussy.

Her debut solo album of Mozart arias with Kammerorchester Basel was released on Sony in 2016, and was followed by Cleopatra (featuring arias by Graun, Scarlatti, Hasse, Sartorio, Handel and Vivaldi) which won an Opus Klassik Award the following year. Her discography also includes the soprano solos in Beethoven Nine with Giovanni Antonini, Papagena on Sir Simon Rattle’s DVD of Die Zauberflöte from Baden-Baden, Barbarina and Servilia on Yannick Nézet-Séguin’s Mozart opera series on Deutsche Grammophon