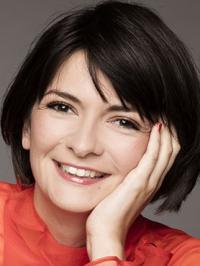 The French lyric mezzo Marianne Crebassa was born in Agde in 1986 and studied in Sète and Montpellier before enrolling on the Young Artist Program at the Opéra National de Paris, where her roles included Ramiro in La finta giardiniera and Gluck’s Orphée; notable early engagements further afield included Irene in Handel’s Tamerlano (opposite Plácido Domingo’s Bajazet) at the Salzburg Festival, her US opera debut as Stéphano in Bartlett Sher’s production of Gounod’s Romeo et Juliette in Chicago, and Cecilio in Lucio Silla at La Scala. She is particularly associated with trouser-roles, and her debut album on Erato, Oh Boy!, presented a gallery of male characters including Orphée, Cherubino, Urbain, Siébel and Offenbach’s Fantasio; it was followed the next year by the Gramophone Award-winning Secrets with pianist Fazil Say, which included Ravel’s Shéhérazade and Debussy’s Chansons de Bilitis and won praise for her ‘rare artistry’ (The Sunday Times) and ‘exquisite range of tone and nuance’ (The Guardian).

Her discography also includes Ascagne on John Nelsons’s multi-award-winning 2017 recording of Berlioz’s Les Troyens, Cherubino on DVD from La Scala and the Staatsoper Berlin, and guest appearances on albums from Sabine Devieilhe and the Quatuor Arod.

Find out more at https://en.wikipedia.org/wiki/Marianne_Crebassa