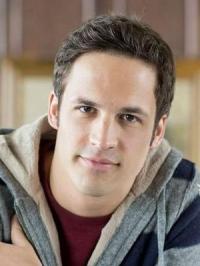 The Austrian clarinettist Andreas Ottensamer was born into a musical family in Vienna in 1989; his father Ernst was principal clarinettist of the Wiener Philharmoniker, as subsequently was his elder brother Daniel. He studied at Harvard University and Vienna’s University of Music and Performing Arts, and took up a place in the Berliner Philharmoniker’s Orchestra Academy in 2009, going on to become the orchestra’s principal clarinet two years later.

He signed with Mercury Classics/Deutsche Grammophon in 2013, making his debut on the label with an album of music by Cimarosa, Gershwin, Spohr, Amy Beach and Copland which prompted The Sunday Times to describe him as ‘a clarinettist of notable suavity’; Brahms – The Hungarian Connection followed two years later, and in early 2016 his father and brother joined him on The Clarinotts which features arrangements of pieces by Mozart, Mendelssohn, Rossini, Françaix and others. Ottensamer also has a side-career as a fashion-model.

Find out more at https://en.wikipedia.org/wiki/Andreas_Ottensamer

Clarinettist Andreas Ottensamer talks to David about his new album of Romantic clarinet works, with Yuja Wang and the Berliner Philharmoniker.