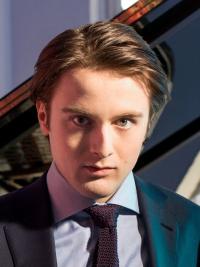 Widely acknowledged as one of the greatest young pianists of the early twenty-first century, Daniil Trifonov was born in Nizhny Novgorod in 1991 and began piano lessons aged five, making his concerto debut just three years later; following studies in Moscow and Cleveland (where his teachers included Sergei Babayan), his early successes included prizes at the International Scriabin Competition, Eurovision Young Musicians and the International Chopin Competition before sweeping the board at both the Rubinstein Competition and International Tchaikovsky Competition in 2011. His Carnegie Hall debut two years later (featuring music by Scriabin, Liszt, Chopin and Medtner) was recorded by Deutsche Grammophon, marking the beginning of a long-term partnership with the ‘Yellow Label’; subsequent albums included the the mighty all-Liszt recital Transcendental, which won a Grammy, an ECHO Klassik Award, and a Schallplattenkritik Award in 2016, and was described as ‘the best kind of virtuoso playing’ by Gramophone and ‘a wonder of seeming spontaneity and breathtaking ease’ by The Wall Street Journal.

Aside from his many competition victories, Trifonov’s honours include Artist of the Year at the Gramophone Awards and the Instrumental prize at the Royal Philharmonic Society Awards (both in 2016), and the Herbert von Karajan Prize the following year. He is also an accomplished composer: his own Rachmaniana features on his 2015 recording of the Rhapsody on a Theme of Paganini and Chopin and Corelli Variations.

Find out more at https://en.wikipedia.org/wiki/Daniil_Trifonov

The Russian pianist is by turns balletic, poetic and dramatic in solo works by Stravinsky and Prokofiev, whilst the Mariinsky Orchestra match his precision and imagination in concertos by the the latter composer and Scriabin.

Russian pianist Daniil Trifonov brings his customary thoughtfulness and virtuosity to an impressive new account of one of the most familiar of all piano concertos.