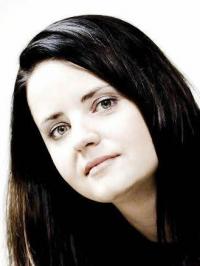 The Latvian violinist Baiba Skride was born into a musical family in Rīga in 1981, and trained at a specialist music school in her home city and at the Conservatory of Music and Theatre in Rostock; she was placed second at the 1998 Paganini Competition and took first prize at the Queen Elisabeth Competition three years later. Skride went on to win the Young Artist Prize at the ECHO-Klassik Awards in 2005 for her debut solo disc of Bach, Bartók and Ysaÿe on Sony Classical; her discography also includes Szymanowski concertos with Vasily Petrenko and the Oslo Philharmonic Orchestra (‘she has control of even the most hair-raising passagework…more impressive still, though, is Skride’s ability to encompass the work’s constantly shifting tones of voice’ – International record Review), the Tchaikovsky Violin Concerto with Andris Nelsons and the City of Birmingham Symphony Orchestra, and the Sibelius and Nielsen concertos with Santtu-Matias Rouvali and the Tampere Philharmonic.