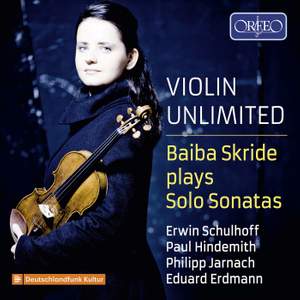 Although Johann Sebastian Bach’s sonatas and partitas for violin solo are regarded as the measure of every violinist’s technical skill and maturity, compositions for unaccompanied violin became increasingly rare in subsequent epochs (the classical and the romantic era). It wasn’t until the turn of the 20th century that Max Reger made a conspicuous contribution in this field with altogether eleven sonatas. His example was an impetus that very plausibly inspired his contemporaries and successors to come up with the four contributions to this genre from the 1920s on this disc.