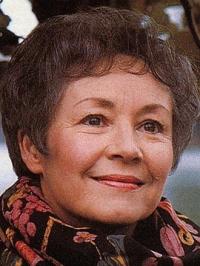 Edith Mathis is a Swiss soprano and a leading exponent of the works of Wolfgang Amadeus Mozart worldwide. She is known for parts in Mozart operas, but also took part in premieres of operas such as Henze's Der junge Lord.

Her voice was featured in a key scene of the film, The Shawshank Redemption, joining with that of Gundula Janowitz in a duet from Le Nozze di Figaro, "soar[ing] over a prison yard, signifying joy and hope in a world of despair," according to a 2014 article in The New York Times.