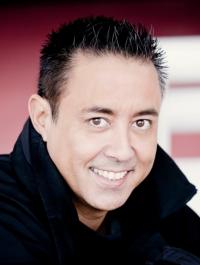 Japanese-American countertenor Brian Asawa was born in California in 1966 and studied there until winning the Metropolitan Opera Council National Auditions in 1991 (he was the first countertenor to achieve this, and also the first to win Operalia a few years later); he began his career at San Francisco Opera, where his first professional role was in Henze’s Das verratene Meer. His wide repertoire ranged from Handel’s Admeto and Nerone through Mozart (Farnace in Mitridate, and the title-role in Ascanio in Alba) to nineteenth- and twentieth-century roles which are generally the province of mezzos, such as Baba the Turk in Stravinsky’s The Rake’s Progress and Orlofsky in Strauss’s Die Fledermaus; he also commissioned and premiered a significant amount of contemporary music, including by works by Jake Heggie, Sally Beamish and Ned Rorem. Asawa died on 18th April 2016, aged just 49.