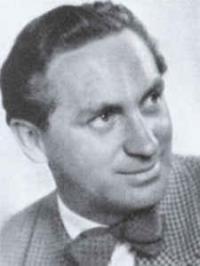 Paul Kuën was a German operatic tenor known for character roles. One example among many such portrayals would be Mime in Wagner's Der Ring des Nibelungen.

Kuën was born at Sulzberg, Oberallgäu. He had originally wanted to be an organ-builder, but then studied singing with Heinrich Knote and Adalbert Ebner in Munich. He made his stage debut at the State Theatre in Konstanz in 1933 and went on to sing in many European opera houses, including Munich State Opera from 1946, Bayreuth where he sang from 1951–1957, Salzburg, the Vienna State Opera, the Bavarian State Opera, and London's Royal Opera House. He made his debut at the New York Metropolitan Opera on 16 December 1961 as Mime in Das Rheingold.