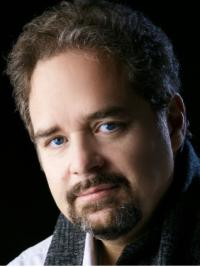 Marco Berti was born in Como in 1962 and studied at the Conservatorio Giuseppe Verdi in Milan under Giovanna Canetti. He made his professional debut as Pinkerton in Madama Butterfly in 1990, and two years later gave his first performance at La Scala (as Edmondo in Manon Lescaut under Lorin Maazel). Berti is particularly in demand for spinto roles including Puccini’s Calaf and Cavaradossi, Verdi’s Radamès, Ernani, Adorno, Riccardo and Alvaro, Turiddu in Mascagni’s Cavalleria rusticana and Don José in Bizet’s Carmen. His discography includes Calaf in a 2014 performance of Turandot from Covent Garden (‘Berti has a clarion voice and dignified presence’ – BBC Music Magazine), Aida from Verona (‘a true Verdi tenor’ – International Record Review), and the Verdi Requiem under Plácido Domingo.

Awards include the Giuseppe Verdi Gold Medal in 2005.

Find out more at https://it.wikipedia.org/wiki/Marco_Berti