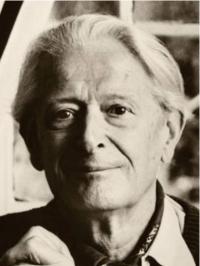 Hugues-Adhémar Cuénod was a Swiss classical tenor and music educator known for his performances in international opera, operetta, both traditional and musical theatre, and on the concert stage, where he was particularly known for his clear, light, romantic and expressive poised interpretation of mélodie (French art song).A master of diction and technique, his repertoire encompassed everything from the medieval chansons of Guillaume de Machaut, Elizabethan Love Songs, the sacred renaissance compositions of Claudio Monteverdi to the operas of Jacques Offenbach and the avant garde works of Igor Stravinsky, as well as recordings of lute songs.