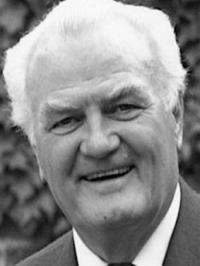 The dramatic tenor Jon Vickers was born in Saskatchewan in 1926 and spent the early part of his career in his native Canada before his Covent Garden debut in 1957 (as Riccardo in Un ballo in maschera) launched an international career which would span three decades and see him appearing regularly in the most taxing roles at houses including Bayreuth, La Scala and the Metropolitan Opera.

Vickers specialised in portraying tortured outsiders including Wagner’s Siegmund, Tchaikovsky’s Herman, Bizet’s Don José, Verdi’s Otello, and above all Peter Grimes: for many, he became the definitive embodiment of Britten’s sociopathic fisherman, despite being the dramatic and vocal antithesis of the role’s creator Peter Pears. Notable triumphs on record included Énée in Colin Davis’s Grammy Award-winning 1969 recording of Les Troyens, Tristan und Isolde under the same conductor, and Fidelio for Herbert von Karajan on EMI.

Vickers died on 10th July 2016 after a lengthy struggle with Alzheimers which left him with no recollection of his career for the best part of a decade.

Find out more at https://en.wikipedia.org/wiki/Jon_Vickers

Katherine pays tribute to the great Canadian dramatic tenor, who died on Friday.