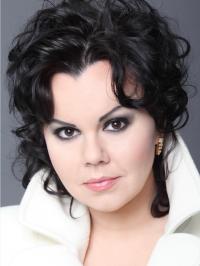 Polish soprano Aleksandra Kurzak studied singing in Hamburg and Wroclaw, where she made her professional debut as Mozart’s Susanna aged 21 (opposite her mother Jolanta Żmurko as the Countess); she then spent six years as an ensemble-member at the Hamburg State Opera, where her repertoire included Nannetta (*Falstaff*), Adele (*Die Fledermaus*), Cleopatra (*Giulio Cesare*) and Fiorilla (Il Turco in Italia*). In 2004 she debuted at both The Metropolitan Opera (as Olympia in *Les contes d’Hoffmann*) and Covent Garden (as Aspasia in Mozart’s *Mitridate*), and in 2011 she signed to Decca: her first recording on the label (*Gioia*, a collection of operatic arias by Strauss, Donizetti, Rossini and Puccini) prompted *The Times* to declare that ‘there’s no doubt that her voice is stupendous’. As of May 2018 she is an exclusive artist for Sony Classical.

Kurzak holds a PhD in music, and is the partner of the tenor Roberto Alagna, whom she met whilst singing Adina to his Nemorino at Covent Garden.

Find out more at https://en.wikipedia.org/wiki/Aleksandra_Kurzak

The Polish soprano talks to Katherine about drawing on her background as a violinist to direct the Morphing Chamber Orchestra on her new recording of opera arias with obbligato instruments.