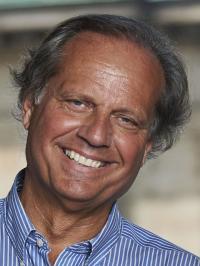 The German bass-baritone Albert Dohmen was born in 1956 and trained as an oboist and a lawyer before pursuing singing professionally (though he had sung numerous operatic roles as a treble). He came to international prominence in 1997 after performing the title-role in Berg’s Wozzeck under Claudio Abbado at the Salzburg Easter Festival, since which he has emerged as one of the leading Wagner bass-baritones of his generation – he has sung Wotan at many of the world’s major houses, including Bayreuth, the Metropolitan Opera, the Wiener Staatsoper and the Deutsche Oper Berlin, and is also acclaimed as Hans Sachs, which he recorded as part of Marek Janowski’s Pentatone Wagner cycle in 2011 (‘Dohmen sounded at home across the whole spectrum of Sachs's poetry, wistfulness and wit' – Gramophone). His discography also includes Wotan/The Wanderer on Christian Thielemann’s Ring Cycle with the Wiener Staatsoper on Deutsche Grammophon, Geisterbote in Sir Georg Solti’s Grammy-winning Frau ohne Schatten opposite Plácido Domingo and Hildegard Behrens, and Musiklehrer on Giuseppe Sinopoli’s Ariadne auf Naxos, which won a Grammy, a Penguin Rosette and a Gramophone Award in 1992.