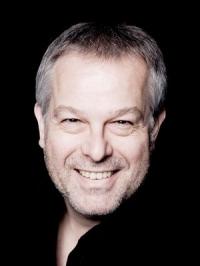 Christoph Prégardien is a German lyric tenor whose career is closely associated with the roles in Mozart operas, as well as performances of Lieder, oratorio roles, and Baroque music. He is well known for his performances and recordings of the Evangelist roles in Bach's St John Passion and St Matthew Passion.

Born in Limburg an der Lahn, Germany, he began his musical education as a choirboy at the cathedral's boys' choir, the Limburger Domsingknaben. He then studied singing with Martin Gründler and Karlheinz Jarius in Frankfurt at the Hochschule für Musik, with Carla Castellani in Milan, with Alois Treml in Stuttgart, and attended Hartmut Höll's lieder-class.

His orchestral and oratorio repertory spans a wide range from the great Baroque, Classical and Romantic Oratorios to 20th-century works by Britten, Killmayer, Rihm, and Stravinsky.