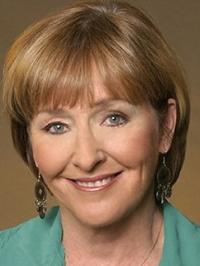 Frederica "Flicka" von Stade Gorman OAL is a semi-retired American opera singer. Since her Metropolitan Opera debut in 1970, she has performed in operas, musicals, concerts and recitals in venues throughout the world, including La Scala, the Paris Opera, the Vienna State Opera, the Salzburger Festspielhaus, Covent Garden, Glyndebourne and Carnegie Hall. Conductors with whom she has worked include Abbado, Bernstein, Boulez, Giulini, Karajan, Levine, Muti, Ozawa, Sinopoli, Solti and Tilson Thomas. She has also been a prolific and eclectic recording artist, attracting nine Grammy nominations for best classical vocalist, and she has made many appearances on television.

A mezzo-soprano equally at home in lyric music and in coloratura, she has assumed fifty-seven operatic roles on stage and eight more in concert or on disc, progressing from minor parts to romantic leads – both male and female – and, latterly, character parts.