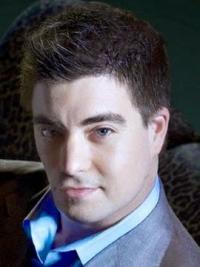 Michael Maniaci is an American opera singer. Possessing a male soprano voice, Maniaci is noted for his claim to be able to sing into the upper soprano range without resorting to falsetto, an otherwise common phonation for men who sing in high registers, such as countertenors. Although this was possible for castrati because of the hormonal imbalance following castration, Maniaci claims that, for some unknown reason, his larynx did not develop and lengthen completely during puberty, causing his voice not to "break" in the usual manner. Maniaci claims that this physical particularity has given him the ability to sing in the soprano register without sounding like a typical countertenor or a female singer. There are, however, critics who claim that Maniaci actually sings in falsetto.

Maniaci is becoming an important presence on the international classical music scene, having already appeared in lead roles at companies such as the Metropolitan Opera, La Fenice, and Opera North.