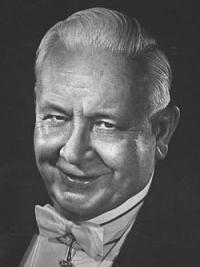 Lauritz Melchior (March 20, 1890 – March 18, 1973) was a Danish and later American opera singer. He was the pre-eminent Wagnerian tenor of the late 1920s, 1930s, and 1940s, and has since come to be considered the quintessence of his voice type. He began his career as a baritone with the Royal Danish Opera and other Scandinavian companies, making his debut as a tenor in 1918 as Tannhauser. Particularly acclaimed as Siegmund and the heroes of Tristan, Lohengrin and Parsifal, he possessed a ringing baritonal voice with a magnificent upper extension and enormous stamina.