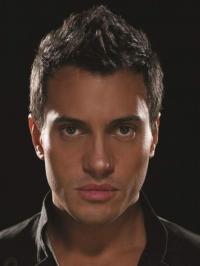 Erwin Schrott was born in Montevideo, Uruguay in 1972 and initially studied in his hometown, making his professional debut there in Andrea Chénier at the age of 22. He spent his mid-twenties singing as a house bass for Santiago Opera in Chile before undertaking further study in Italy and going on to win First Prize and Audience Prize in the 1998 Operalia Competition. Debuts at the Vienna State Opera (Banquo), the Met (Colline) and La Scala (Rossini's Pharaon) soon followed, as did a move away from supporting roles and into the limelight: Schrott's powerful yet mellifluous bass-baritone, keen dramatic instincts and sheer physical magnetism have brought him particular success as Don Giovanni, Escamillo and Figaro (he performed the latter role to great acclaim at Covent Garden in 2006 - the production is now available on Opus Arte). He is married to the Russian soprano Anna Netrebko.