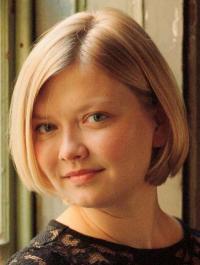 Russian-British violinist Alina Ibragimova was born into a musical family in Polevskoy in 1985, and relocated to London aged 10 when her father was appointed principal double bass of the London Symphony Orchestra, going on to study at the Yehudi Menuhin School, the Guildhall School of Music and Drama and the Royal College of Music (where she founded the Chiaroscuro Quartet, a period-instrument ensemble who have won acclaim for their recordings of Schubert and Haydn). Her teachers included Christian Tetzlaff and Gordon Nikolitch.

She signed to Hyperion in 2007, making her debut on the label with Karl Amadeus Hartmann’s Concerto funèbre; the recording prompted The Times to describe her as ‘a scorchingly good violinist…marvellously sturdy and exact’. Subsequent recordings have included the complete Mozart, Schubert and Beethoven violin sonatas with Cédric Tiberghien, a Gramophone Awards-nominated recording of the Ysaÿe Sonatas, the Bach Violin Concertos with Arcangelo and Jonathan Cohen, and the world premiere of Huw Watkins’s Violin Concerto on NMC.

Awards and honours include an MBE for services to music, and the Royal Philharmonic Society’s Young Artist Award in 2010. She is married to the British music journalist and broadcaster Tom Service.

Find out more at https://en.wikipedia.org/wiki/Alina_Ibragimova

The violinist releases the results of a uniquely ambitious "lockdown project" – a barnstorming new account of Paganini's fiendish Caprices, recorded in the late spring of 2020.

Recording of the Week,  Shostakovich from Alina Ibragimova

The Russian-born violinist brings searing intensity and muscular tone to the two concertos, backed to the hilt by Vladimir Jurowski and the State Academic Symphony Orchestra of Russia 'Evgeny Svetlanov'.