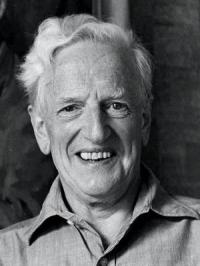 Born in Farnham in 1910, Pears was educated at Lancing College, Keble College and the Royal College of Music. Whilst working with the BBC Singers in the mid-1930s he met Benjamin Britten, who would become his lifelong partner: the pair initially collaborated as lieder recitalists, emigrating to America together conscientious objectors shortly before hostilities broke out in 1939.

Although he was a renowned interpreter of Bach and Schubert, Pears is perhaps best remembered as Britten's muse: Britten wrote many of his song-cycles for his distinctive, rather dry-sounding tenor, and almost all of his operas contain a role written especially for him. Works written with Pears in mind include the War Requiem, Serenade, Nocturne and Canticles and the operas Albert Herring, The Turn of the Screw, Billy Budd, Death in Venice, and - most famously - Peter Grimes.

Pears was made a CBE in 1955 and was knighted two decades later. He died in 1986 and is buried next to Britten in the churchyard of St Peter and St Paul's, Aldeburgh.

Find out more at https://en.wikipedia.org/wiki/Peter_Pears