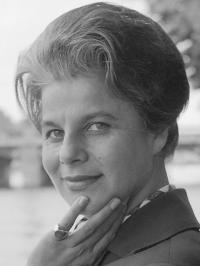 Maria Theresia Irmgard Seefried was born in Köngetried, near Mindelheim, Bavaria, Germany, the daughter of educated Austrian-born parents. She studied at Augsburg University before making her debut in Aachen as the priestess in Verdi's Aida in 1940. She began to sing leading parts in 1942 (Agathe in Weber's Der Freischütz in 1942, and the next year she made her debut at Vienna State Opera with Eva in Wagner's Die Meistersinger von Nürnberg conducted by Karl Böhm). From then on, she remained with the State Opera until her retirement in 1976.