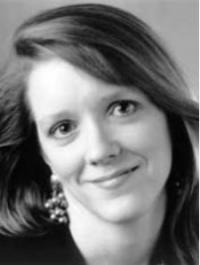 Emily Van Evera is an American soprano who specializes in early music and Baroque music in historically informed performance.

Born in Minnesota, she has collaborated in Europe and the US with ensembles such as the Hilliard Ensemble, the London Symphony Orchestra, the Orchestra of the 18th Century, and the Philharmonia Baroque Orchestra. She has recorded music by Johann Sebastian Bach with several conductors.

Van Evera recorded music by Hildegard von Bingen with the ensemble Gothic Voices, conducted by Christopher Page. Their pioneering 1981 album A Feather on the Breath of God, where she sang solo alongside Emma Kirkby, won several prizes including a Gramophone Award in the category Early-Medieval in 1982–83. She has performed frequently with the singers and players of the Taverner Consort, conducted by Andrew Parrott.