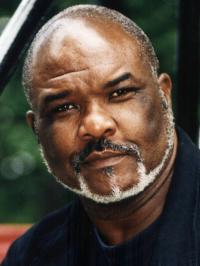 Willard White was born in Kingston, Jamaica in 1946 and studied at the Juillard School of Music after Evelyn Rothwell encouraged him to pursue a career in music. He made his opera debut in 1974, singing Colline for New York City Opera, and rapidly found himself in demand throughout Europe and the US: his most famous roles include Bartok's Bluebeard, Claggart in Billy Budd, Boris Godunov, Wotan and Gershwin's Porgy, which he sang on the first-ever stereo recording of the opera in 1977 and in Trevor Nunn's acclaimed televised production from Glyndebourne in 1993. Renowned for his keen dramatic instinct and charismatic stage-presence, White has also made successful forays into straight theatre, most notably as Otello in Nunn's 1990 RSC production, opposite Sir Ian McKellen and Imogen Stubbs.

White was awarded the CBE in 1995 and he was made a Knight Bachelor in the Queen's Birthday Honours in 2004.

Find out more at https://en.wikipedia.org/wiki/Willard_White

Sir Willard White is the bridegroom with skeletons in his closet, and Russian mezzo Elena Zhidkova his inquisitive new wife on this new live recording from Valery Gergiev and the London Symphony Orchestra.