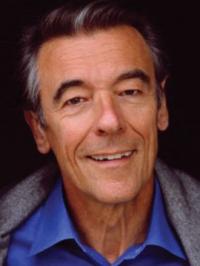 Philip Langridge (born 16th December 1939 in Hawkhurst Kent, died 5th March 2010), was educated at the Royal Academy of Music in London and worked as an orchestral violinist before turning his attention to singing in the early 1960s. He was particularly renowned as an interpreter of Britten's tenor roles, most notably Peter Grimes, Aschenbach, Captain Vere and Peter Quint, though his wide operatic repertoire also included works by Janacek, Monteverdi, Mozart and Schoenberg, as well as an acclaimed Loge in Das Rheingold and numerous roles in world premieres including Ades's The Tempest and Birtwistle's Gawain and The Mask of Orpheus. Renowned for his musical intelligence and textual sensitivity, he was also one of the finest lieder-singers of his generation and a very active voice-coach and teacher.

Langridge was awarded the CBE In 1994 and was married to the Irish mezzo-soprano Ann Murray.

Find out more at https://en.wikipedia.org/wiki/Philip_Langridge