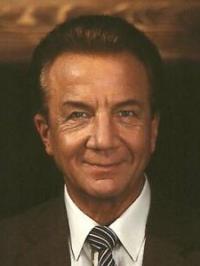 Rudolf Schock was a tenor with a wide repertory from operetta to Lohengrin, recording among others opera and lieder, doing television, radio and film work. Slim and handsome, he made many films. Blessed with a mezza-voice that rivaled Beniamino Gigli in sweetness, he had that Italian "tear" in his voice. His voice had an unique recognizable sound. Schock first burst on the scene after World War II in 1947. He was one of the first Germans to sing at Covent Garden in 1949. He sold over 3 million records and his German films made him almost a superstar of his day.