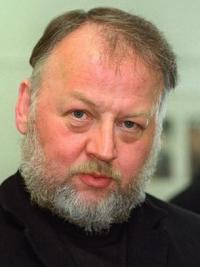 Though he was especially acclaimed in baroque and classical works (and was frequently very outspoken regarding the importance of historically-informed performance), Schiff's repertoire ranged from Bach to Lutoslawski and various contemporary composers (he inspired commissions and given premieres of works by composers including Friedrich Cerha, Friedrich Gulda, Hans Zender, Luciano Berio and Krzysztof Penderecki). Alongside his illustrious solo career, he was a passionate exponent of chamber music, collaborating regularly with the violinist Frank Peter Zimmermann, pianist and conductor André Previn and the Hagen Quartet, among others.

After suffering several strokes which compromised his playing abilities in the 1980s, he embarked upon a successful second career as a conductor, establishing long-term relationships with orchestras including the Northern Sinfonia, Copenhagen Philharmonic and Wiener Kammerorchester. In his later years, he also devoted a considerable amount of time and energy to teaching, with students including Natalie Clein, Jan Vogler and Gautier Capuçon.

Find out more at https://en.wikipedia.org/wiki/Heinrich_Schiff

The Austrian Cellist and Conductor has died at the age of 65.