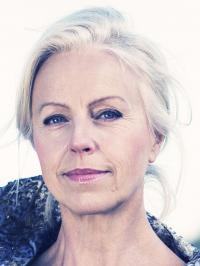 Swedish mezzo soprano Anne Sofie von Otter is considered one of the finest singers of her generation and is sought after by many of the major conductors, orchestras, opera and recording companies of the world.

She made her Royal Opera House, Covent Garden début in 1985 and her Metropolitan Opera début in 1988 as Cherubino. In 1987, she made her La Scala debut. She has had notable success in roles of Mozart, Handel, and Monteverdi. In recitals, she excels in the music of Mahler, Brahms, Grieg, Wolf and Sibelius.

Interview,  Anne Sofie von Otter on So Many Things

The Swedish mezzo talks to Katherine about her eclectic new album with the string quartet Brooklyn Rider, out now on Naïve.