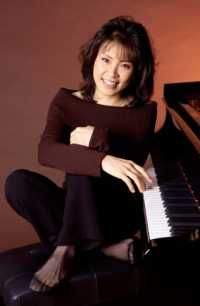 NORIKO OGAWA (piano) was awarded third prize in the 1987 Leeds International Piano Competition and has since achieved considerable renown in Europe, America and in her native Japan where she is a national celebrity.

In 1999 Noriko Ogawa was awarded the Japanese Ministry of Education's Art Prize in recognition of her outstanding contribution to the cultural profile of Japan throughout the world and she has just been awarded the Okura Prize for her outstanding contribution to music in Japan. In 2004 she was appointed as one of the advisors for a new concert hall in her hometown in Japan, the MUZA Kawasaki Symphony Hall (www.kawasaki-sym-hall.jp ). Here she remains much in demand, appearing at major arts festivals, performing regularly with the major orchestras and making regular radio and television broadcasts for both NHK and Nippon television.

Find out more at https://en.wikipedia.org/wiki/Noriko_Ogawa_(pianist)

James listens to a double helping of works by Satie, whose 150th anniversary falls this year.